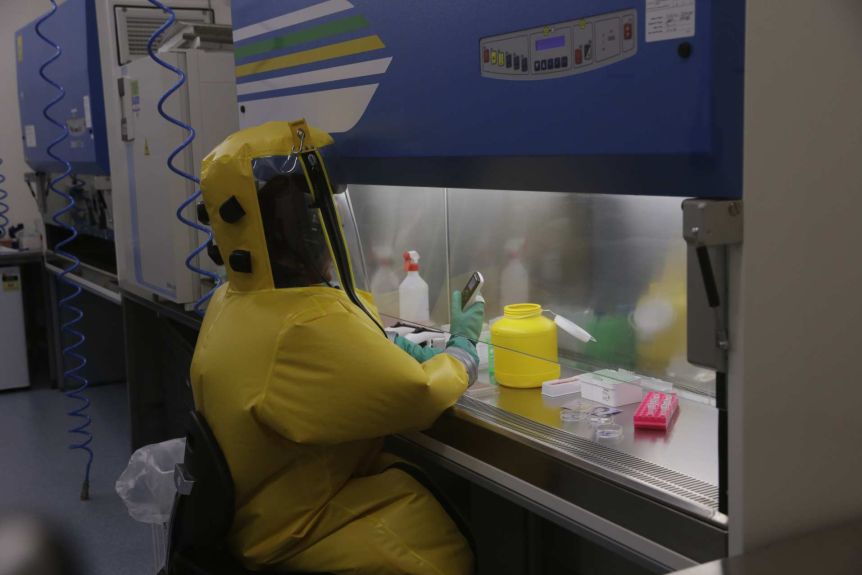 The coronavirus that causes COVID-19 survives and can live for up to 28 days on surfaces such as mobile phone screens and ATMs — much longer than previously thought — new Australian research has found.

CSIRO scientists tested the SARS-CoV-2 virus to see how long it survived on surfaces such as cotton, paper, stainless steel, glass and vinyl. Trevor Drew, director of the Australian Centre for Disease Preparedness, said the research team used the same amount of virus that would be found in someone who was infected. “It’s important to know how long this virus can last so we know how often we need to disinfect things and what sort of risk common surfaces pose,” Professor Drew said. He said the fact the virus lasted for so long on surfaces such as glass was important, with the results published today in Virology Journal.

“Touchscreen devices such as mobile phones, bank ATMs, supermarket self-serve checkouts and airport check-in kiosks are high-touch surfaces which may not be regularly cleaned and pose a transmission risk,” Professor Drew said. 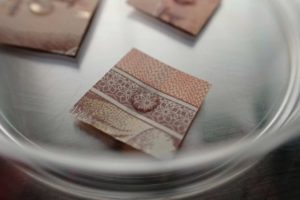 But this new study found the virus hung around intact on most surfaces for about six to seven days before starting to lose its potency.

“What we found was that even after two weeks, there was still plenty of live, infectious virus there which could potentially infect someone,” Professor Drew said.

“We could extrapolate that to say even crockery in a restaurant was a potential source of infection because stainless steel is commonly used for cutlery.”

And on some surfaces, such as glass and paper banknotes, the virus was still there after one month. Debbie Eagles, deputy director of the Australian Centre for Disease Preparedness, said the findings were surprising. “It seems that it lasts longer than other viruses such as influenza, which only lasts a few days, or even other coronaviruses,” she said.

Experts said people were more likely to contract coronavirus through direct contact, such as someone sneezing or coughing near them. But someone can still be infected if they touch a contaminated surface before touching their face, nose or mouth, and potentially ingest the virus. “That’s why regularly using disinfectant wipes and hand sanitiser makes a difference,” Professor Drew said. “This really reinforces the mantra that you must wash your hands, don’t touch surfaces unless you absolutely have to, and don’t touch your face and mouth.” Dr Eagles said if someone who was infected with COVID-19 sneezed or coughed near a phone, the virus could stay on the phone for a long period if it wasn’t cleaned properly. “And it’s exactly the same for eftpos machines and public transport, but there is obviously exposure to a lot more people there than just your own phone, where you are the only one that has close contact with it,” she said. “We know that on surfaces like public transport, there has been a lot more cleaning of public spaces, because with effective cleaning you can remove the virus.”

The scientists also tested the effect of temperature and found the colder it was, the longer the virus survived on a surface. That means countries could be more likely to face outbreaks of COVID-19 survives during cooler weather. “We found temperature has a very profound effect on the virus, so if you reduced the temperature to around 6 degrees Celsius, you could extend the life 10-fold,” Professor Drew said. The findings could also explain the outbreaks of COVID-19 involving meat processing and cold storage facilities. Several Victorian meatworks and a butcher have had large outbreaks of COVID-19. There was also a mystery case of the virus in New Zealand which was thought at one point to be linked to frozen food storage.

Dr Eagles said the colder temperatures required in those workplaces could have been a factor which contributed to the clusters. “There’s a number of factors at play at an abattoir,” she said. “For example, the close contact, perhaps some difficulties in wearing personal protective equipment, and colder temperatures may have a role to play.” In hotter temperatures, such as 30C, the virus was much less likely to survive. When it comes to cash, the virus survived longer on paper banknotes than on plastic ones like Australia’s polymer-based currency. “It is really important that we clean and sanitise frequently touched areas like public spaces, shops, EFTPOS machines,” Dr Eagles said. “If they are cleaned well, cleaning is really effective.”